What in the world isWake up Reykjavik?

First and foremost, we are here to help every fun traveller that is on his way to Iceland to make the absolute most out of the long awaited Iceland holiday. Join our local tours to explore Reykjavik in the funnest way possible, meet new friends and get to know our true culture by experiencing it first hand.

Wake Up Reykjavik was founded in early 2014, run by best friends and a small team of awesome locals. Wake Up Reykjavik soon got known for our signature tour, the Reykjavik Food Walk tour tour and it is safe to say that it is by far the most delicious tour in Iceland.

Today, it is the no.1 rated tour in Iceland on TripAdvisor.
Scroll down to meet the friendly locals of Wake Up Reykjavik.

Look at Dan once, and you will never forget that beard. When he’s not being the founder of Wake Up Reykjavik, he likes spending his time wrestling and fighting in cages like well behaved Vikings do. Dan has a temper of a Buddhist monk and likes spending his time hiking unexplored grounds resulting with the nickname of “Hiker Dan”.

After years of experience in the restaurant & bar industry, Dan founded Wake Up Reykjavik in 2014 and the brand and all our guests have everything to thank to his limitless dedication in letting travellers experience the real Reykjavik.

The Ying to Dan's Yang, here we introduce a man with a lot of charm, charisma, and wit who also started the company along with Dan. A country boy with a physical figure equivalent to Hercules who found his way Reykjavik to pursue his wildest dreams, is now living large and taking charge with miss Iceland on his left lap and their chihuahua on right.

Egill is a man of many talents such as doing back flips on snowboards, collecting ridiculous hats from all over the world but the most important growing talent is definitely his ping pong skill which is currently going through the roof.

Some people say that if you manage to say Guðný Ljósbrá Hreinsdóttir correctly a little elf will appear and give you all the gold your heart desires. We still haven't figured that out so we just call her “Good Knee”.

Gudny has been with the Wake Up Team for three years now doing a little bit of everything. Being from a small fishing village in the Reykjavík center area she always knows what's happening downtown.

Along with working for WUR Gudny works for an agency that has some of the biggest pop stars in Iceland. So if you find her, you find a party.

​A few dedicated Star Wars fans in our awesome Wake Up team adopted this sad Stormtrooper just to cheer him up a few years ago and he has sticked with us ever since.

He & his fellow troops from the Death Star have remained unemployed after the original death star was destroyed in 1977 by the young pilot Luke Skywalker who was really strong with the Force.

Today, the Stormtrooper is all cheered up and happy and he is the office joker at Wake Up Reykjavik. Furthermore, if anyone is in need for a quick stress release - Then he is always up for a good ping pong game.

Þórður, or the other Thor on the team, is a man of many talents. When he is not busy scarfing down hot dogs and lamb meat stew on our Food Walk, he is most likely in another country chasing down his passion for football (or soccer…) as a referee.

Thor normally has a mild manner, but another story goes on the football field. There he has gotten the nickname "the Viking beast" for his passionate demeanour on the field. If you get him on the tour you might be surprised to hear that Thor has an excellent English accent, he is fully Icelandic but lived in England for a few years as a kid, where he adopted the accent and intense football tendencies. That's nothing though..Thor can speak 5 languages fluently, but he can manage in 9!

P.s. if you want to meet his alter ego "the Viking beast", just say that Manchester United sucks, that will get his blood boiling. 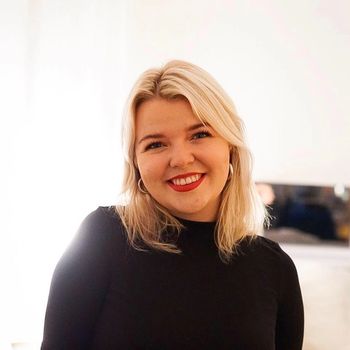 The best way to put it is that Eygló (not to be mistaken for igloo) is why people say good things come in small packages. As an avid traveler she has been on two trips around the world and one interrail through Europe. So chances are, where you live she's been there!

When Eygló is not touring around Reykjavík city or travelling the globe she loves to snowboard, play cards, drink red wine and follow her passion of photography.

Since she is also a wedding photographer! Who knows if she will snap a quick photo of the group on your tour.

Our very own Thor. Just like the nordic god himself, Móði is a rock hard beast-like entity created by the ice and fires that dwell under Iceland itself. Or Breiðholt, he actually comes from a suburb of Reykjavík known as Breiðholt.

He has not yet met a gym equipment that has had him beat and his pcysuice shows, Thor actually was the young adults Fitness champions here in Iceland.

But never judge a book by its cover, so although Thor more resembles his Nordic good brother than an actual human, he is the sweetest man you will ever meet. If he is not at the gym, you can find him snuggling with his young son and his kitties, Snúlla (snuggles) and Blíða (sweetheart)! 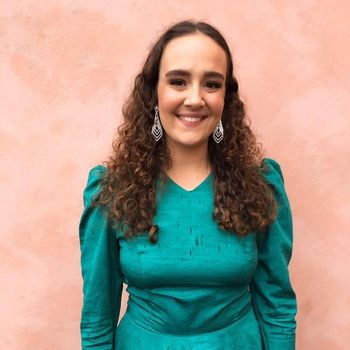 Margrét Ósk or “Magga” is truly a wish come true (ósk means wish in Icelandic). Since she was born and raised in Sweden but then later moved to Iceland she has had the full nordic upbringing. Magga now lives in downtown Reykjavík where she is working with us as a guide and studying law at the University of Iceland. She is very grounded, approachable and determined with tons of love to give for all things living!

When Magga was a young girl in Sweden she actually printed out ALL of the Harry Potter spells from Wikipedia and learned them by heart. Then ran around the woodlands of Uppsala (her hometown) casting expelliarmus to various squirrels and cats that would cross her path. Adorable.

Mundi has recently gotten the nickname "Minty", we believe it has to do with his cool attitude and a Food Walk with Mundi will for sure leave you with a full stomach, big smiles and a super fresh start to your big Icelandic trip!

In his words, as a massage therapist he has a "passion for massagion", so when he is not walking and eating - he is massaging.

So a tall, blue-eyed, blonde Icelandic man who know about ALL the best food spots in Reykjavík AND can massage?! We know... it is almost too good to be true. But we believe Mundi is the definition of "the full package".

Mundi is an active adventurous guy with a passion for a lot of things, so if you need a help with planning a fun active activity here in Iceland, Mundi is your guy!

Elísabet is a girl like no other! She is a very passionate Food Guide who has been working in the restaurant business in Reykjavík for a long time, so if anyone knows the best spots to go, it is Elísabet!

Elísabet speaks five languages and specializes in Asian languages. She can speak Korean, Japanese and Chinese. Currently, Elísabet is studying Chinese, so she wakes up at the crack of dawn to attend online lectures in a different time zone and ends up her day by walking around Reykjavík and eating food with travelers. A true superwoman with ambition like no other!

A fun fact about Elísabet is that she was actually crowned Miss Universe Iceland in 2020, just look at the photo again, you can definitely see why! 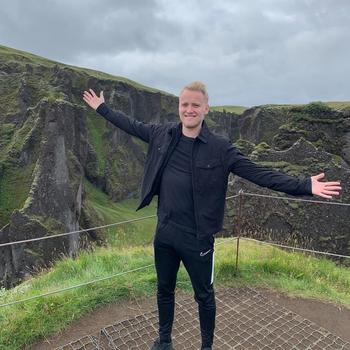 The meaning of the word "Dagur" actually means "Day". And with this guy, no day is a like!

Dagur is one of our top foodie guide, but he is also a reporter for local sport events here in Iceland.

Then we also look at him like the Super Hero of the company, simply because he is one! Dagur has written, made up and published his own superhero comic book!

The story and world he has made up around it is actually the first-ever Icelandic superhero Landverðirnir. Not only that, but Dagur gave all the profits from his first superhero novel to a local children's hospital. This man is an absolute legend, and we are so lucky to have him on the team.

Dagur, as a true super hero, has the special skill of being able to smell down rotten fermented shark from MILES away... well... now that we think about it maybe that is not a superhero thing?

Ben the man is a food guide like no other!

Benedikt is a true food and drink connoisseur, meaning he LOVES his food and drink. If you have any questions about Icelandic food, Ben is your guide.

He loves spending his time outside of work discovering new restaurants and beer spots. If there is a new place opening in Reykjavík, Ben is the first guy in line!

A fun fact about Ben is that he is actually a certified Ice Cream specialist, since he used to work for the biggest ice cream factory in Iceland. So if you love Ice cream, you and Ben have a lot to talk about!

Ben has NEVER in his life, till this day experiences the phenomenon "brain freeze", and he is certain that the condition simply does not exist.

The name Ásthildur, translates to a love-warrior goddess. And what a fitting name for this energetic bundle of joy!

Originally from a small fishing village up North, Love moved to the big city of Reykjavík to presue her career and passions, and she is doing it all!

Love also works at a local TV station here so she is the teams TV superstar, when she is not producing, writing and hosting her own TV shows she is one of Reykjavíks finest Food Tour guide.

Love also has a very creative artistic side and graduated from the Reykjavík art school, so ask her to draw a portrait of you on your Food Tour!