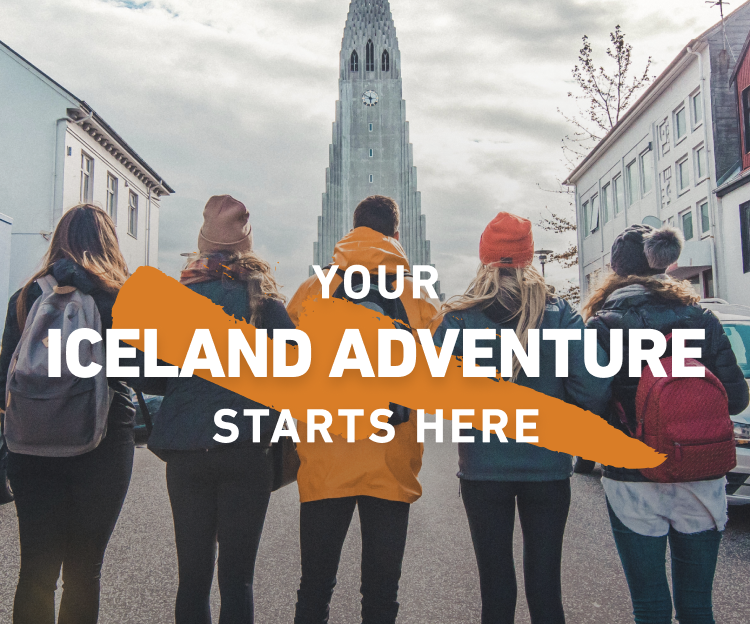 ICELANDIC BEER: EVERYTHING YOU NEED TO KNOW!

Our Icelandic beer culture has literally been booming for the past few years but our local beer history goes way, way back!

In this blog, I will do my very best in giving you a super brief introduction on everything that matters on the topic of Icelandic beer, our incredible beer history, the Icelandic beer prohibition, microbreweries in Reykjavik and so much more!

I hope you will enjoy and maybe learn something new, but if you have any questions, don’t hesitate to ask me in the comments below!

Before I feed you with all the cold hard facts about our awesome Icelandic beers, I feel like I simply have to let you know of one thing: We at Wake Up Reykjavik just launched a brand new Reykjavik Beer Tour after months and months of research.

So, if you are a true beer lover and would enjoy exploring Reykjavik through tons of delicious Icelandic beers with a local beer enthusiast, this might be just the perfect thing to do!

Visit our Reykjavik Beer Tour page to find out more.

ICELANDIC BEER HISTORY: IN A NUTSHELL

Since day one, beer of some kind has been the most popular alcoholic drink in Iceland. For our first settlers, traveling in open Viking ships from Norway (approx. the year 871), this was no exception.

But in Iceland, we did not have the perfect conditions or ingredients for brewing beer and for that reason the beer could turn out to be very variable and often simply not good enough for drinking … although that wouldn’t always stop thirsty Vikings!

If we stick to the highlights, I would like to fast forward straight to 1800. At this time the popularities of beer were increasing rapidly in Iceland and the quality of the beer was getting significantly better as transportation and contact with the outer world were getting better.

Many locals had good brewing equipment (well, at least better than a few hundred years earlier) and brew their own beer. It was rare that people would brew for more than their own use but if they would – the extra beer was sold in the local merchant shop.

At the time beer was also imported from Scandinavia, Germany, and England. Most of the beer was either Carlsberg or Tuborg from Denmark but the highest quality beer and the beer that was considered to be the best was from Germany.

The Prohibition in Iceland

Early on in the 20th. century Icelanders started to think differently towards beer and alcohol in general. Social movements (Temperance movements) were getting strong and quite popular all around the western world. And in the beginning of the 1900s, Iceland was no exception.

During the same time, the Icelandic independence movement began to form and beer was often associated with Denmark and many people considered it to be almost a “Danish thing to do” to drink beer. In other words, not patriotic at all! And in national elections in 1908, over 60% of Icelanders voted for a complete ban on alcohol – Although the ban wouldn’t start until 7 years later.

So, the complete ban on alcohol in Iceland started on January 1st. 1915.

But in 1922 wine was made legal again – But ONLY wines from Portugal and Spain! Exporting fish to Spain was a huge business for the Icelandic government and as we stopped buying their wine in 1915 – The Spaniards stopped buying our fish. So, this was a quick and easy fix – And Icelanders got wine again. Makes sense, right?

In 1935, the ban on strong liquor and spirits was lifted – But beer remained illegal! There were multiple complicated reasons for this, but they all have that in common that they seem pretty crazy and incomprehensible today. At the time there were strong social groups fighting against beer being legalized again. One of the arguments was that beer was cheap and accessible and would, therefore, be easier to access for younger people and it would lead to more drinking. Another big argument was that if we would legalize beer – That would cost us more currency and we would pay higher taxes to Denmark.

Small Exceptions on the Beer Prohibition

The British invaded Iceland in 1940 and for obvious reasons, they needed a beer! So, during World War II, an Icelandic brewery called Ölgerðin got a special permission to make beer in Iceland – for the British Navy. That beer was called Polar Ale but later in the 1950s when US Army Troops got to Iceland they changed the name to Polar Beer and is that drink still available in Iceland today in its original form.

Beer remained illegal in Iceland and the only exceptions were US troops, international embassies in Iceland and of course … some illegal home brewing.

In 1983 the first “beer bar” opened up in Reykjavik and was called ‘Gaukur á Stöng’. However, since the prohibition was still on, what they sold was something called “A beer look-a-like” and was a mix of a non-alcoholic beer and a shot of vodka. A combo that I, personally wouldn’t want to wish upon my worst enemy!

Although most people agreed that the Beer look-a-like alternative wasn’t great, it got so popular that it was made illegal as well, only two years later.

And like you can easily guess, from day one – Beer was again, the most popular alcoholic drink in Iceland. The 1st. of March automatically got the nickname: “The Beer Day” as on the first day of Beer being legal there were sold over 320.000 cans of beer. And please note that there was only a total of 260.000 Icelanders at the time.

On the first day, there were 5 beers available for purchase in the government run liquor store and they were: Santa’s lager (today called Viking), Egils Gull, A pilsner version of the Santas/Viking lager, Löwenbrau from Germany and Budweiser from the USA. But the selection increased rapidly in the next few months and years.

Icelanders celebrate on the 1st. of March 1989. Photo by: Unknown.

To sum all of this up, we Icelanders love beer. And after 74 years of an extreme ban for our favorite drink – We like to think we have some catching up to do!

After the prohibition, a big market opened up and a few large breweries prospered. It was not until 2006, when the first microbrewery in Iceland started to sell their own beer that the next big thing happened in Icelandic beer history, as in 10 quick years, over 10 new microbreweries have opened up in Iceland – But I think that is definitely material for a new and exciting blog post!

Lastly, about 70% of all beers sold in Iceland today are Icelandic beers – So after all, beer drinking is getting pretty patriotic for us.

I really do hope that you learned something new and got the information you were looking for but if there is anything that you would like to ask me about or add to the blog, please do so in the comments below and I will get back to you right away :)

Liked this article? Thanks! Feel free to share it with your travel buddies!